The Costly Mistake of Buying Counterfeits 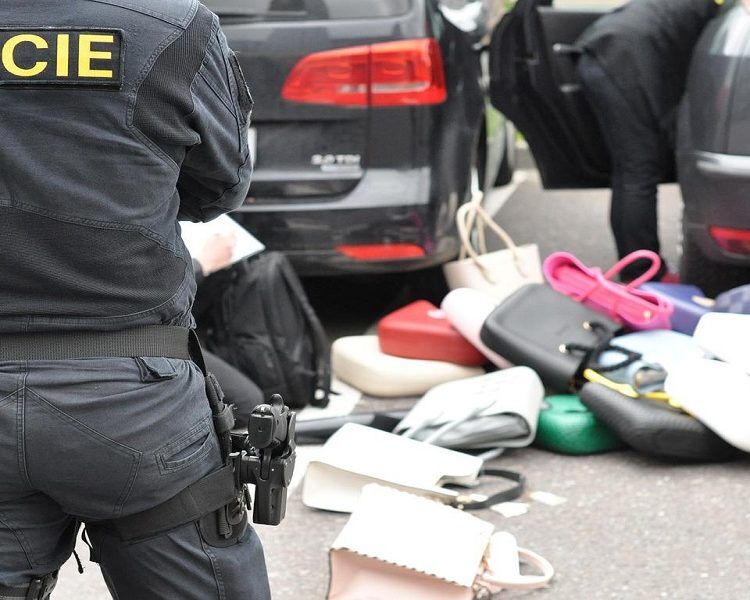 Counterfeits Business is one of the biggest scams of this century – From edibles to fashion, trading cards to even currency notes, there is hardly a product for which we cannot find a fake or duplicate. According to a report by the OECD and the EU Intellectual Property Office (EUIPO), trade in the fake and counterfeited goods now accounts for 3.3% of the world market.

The problem with counterfeits is ever-increasing and one of the primary reasons behind it is the willingness of people to purchase such products. There would not be an increase in supply if there was no causal growth in demand. While a sizeable population is duped into buying these fakes, a decent percentage make these purchases deliberately – this is in spite of them being aware of the fact what they are buying isn’t original and can have several side effects both to the individual as well as the society. Research shows that there is a flurry of reasons that instigate people to buy counterfeits, especially when it comes to fashion and lifestyle goods.

Pricing – We know that fake products are mostly cheaper in comparison with the original. For people from low-income groups and the ones living in poor countries, purchasing low-priced knockoffs is always an easier economic option over cost-heavy original products. Everybody likes to have inexpensive and affordable products. Knowing they can lay their hands on good and decent quality products at a cheaper rate makes them choose counterfeits over originals.

The Pressure to Impress – Top brands have become synonymous with social standing, and the times we currently live in is all about appearances. With the digital age, people are becoming more image-conscious than ever before. A lot of people feel this constant pressure of living up to the societal set definition of rich, chic, and trendy. In a bid to do so, showing off brands has become indispensable. Who would not like to show off pictures of themselves rocking the limited edition of Rolex, the runway collection from LVMH or Hermès on their social media feed? In “keeping up with the Joneses” people opt to purchase cheap brand imitations just to “feel a part-of.”

Lack of Legal Action – Sadly, one major catalysts for the flourishing illegal trade of goods are the absence of stringent laws against buying and selling such products. When people do not get punished for doing the wrong, they begin to make it a habit. When people can walk off scot-free after deliberately buying fake products, why should they care, especially when the products find appreciation among their friends and family? Only if there were measures put in place to punish such acts of deliberate purchase and sale of counterfeited goods, it would scare all the stakeholders involved and deter them from getting involved in such acts.

Easy Accessibility – The advent of the cyber world has opened new vistas both for counterfeiters as well as individuals who like to purchase fake goods. Through e-commerce websites, the ease of getting fake products to prospective customers is at an all-time high. According to the FBI, Interpol, World Customs Organization, and the International Chamber of Commerce, global trade in counterfeit goods through e-commerce sites is estimated to be growing at an annual rate of 7-8%. That is the equivalent of as much as $512 billion in global sales lost by original brands. When a site is flooded with any product, especially ones that have a huge demand among people, the chances of more and more people buying them increases manifold. This easy accessibility of goods with a single click of the mouse is a key reason for the growth in the market of illegal goods.

Getting Duped into Buying – As mentioned earlier, a decent percentage of the population is duped into buying fake goods. For many people, it is hard to spot the difference between fake and original products and thus it becomes tough for them to avoid fake goods. Buyers are often left in a quandary at the point of purchase. Illegal traders have mastered the art of counterfeiting and they do it with such precision that it often becomes difficult for the human eyes to spot the differences and resulting in people purchasing unoriginal goods. A survey by Scamadviser.com which involved 1126 customers from 128 countries shows how tough it is for individuals to discern the genuine from the fake. Interestingly, 51% of consumers stated that they were able to identify fake goods, 11% stated they could not, and 38% remained unsure.

Counterfeiters are getting better by the day and hence, putting a robust brand protection solution in place is the need of the hour for genuine stakeholders.

The Danger of Buying Counterfeits:

Some people buy counterfeits at their own whim while others are duped into buying them. Bought in free will or off blatant ignorance, counterfeited goods can have disastrous results in both cases. Let’s consider some of the fatal prospects of fake goods:

– Fake lithium-ion batteries, mostly used in electronic devices like cellphones and laptops can have a significant risk of extreme heating and exploding. Reports of such blasts have become quite common in recent times.

– We could shudder at the thought of all that could happen if helmets and baby carriers break. Reporting death in an accident even after wearing riding helmets is not an uncommon thing.

– Imagine what would happen if counterfeited cosmetics started causing skin reactions and even having carcinogenic consequences.

– Similarly, counterfeited pharmaceutical products can be perilous. These drugs might not contain the active ingredient resulting in them being ineffective or leading to accidental overdose.

– Nobody would want to picture what could happen if counterfeited airbags in our cars do not open during an accident.

The afore-stated are just a few instances of public threat because of fake goods – The consequences can be far-reaching not only for the consumer but for the brands alike, ruining their reputation, and leading to severe financial loss. Thus, brands need to have the effective anti-counterfeit solutions in place to protect themselves as well as their customers who bank on them.

Cypheme has become a global mark of trust that offers comprehensive brand protection and nothing less. Our anti-copy labels have individual unique fingerprints such that they can neither be replicated nor tampered with. The Cypheme solution has saved over 75,000 lives and we have recovered over 150 million Euros in revenue for our clients. Ours is the only anti-counterfeit solution that has been ISO 12931 Qualified. Equipped with features like Geolocation, the solution we offer is the best and most cost-effective for businesses of all sizes.

Brand protection is important and the surge in counterfeiting is a wake-up call for brands to start taking cognizance of the harmful repercussions of their ignorance and act before it is too late.

Anytime the word ‘counterfeiting’ is mentioned, most often than not, we conjure up images of either currency notes, high-end luxury fashion products, or vintage goods. Irrespective of the products, the goal is the same. Using identical packaging and symbols to sell off fake products masked as original and mint money, sometimes even at the cost of peoples’ lives.

We are privy to terms like food prices, water crisis, and even climate change crisis. Not many of us are aware of the concept of a supply chain crisis simply because we think it does not affect us directly; unless we are actively involved in manufactring or brand ownership ventures. The supply chain crisis is not simply a logistic problem anymore, it has the power to spark the beginning of revolution in global commerce.

Fake-ups in Cosmetics and Makeups

Counterfeiting and refilling have become a norm in the cosmetics industry. Cosmetic and skincare products are things we can not do without. In fact, it they have become things that we use almost on a daily basis. Reports indicate that the cosmetics industry witnessed a 6% in crease in value in the year 2018. If the experts are to be believed, a revenue rise of 7.14% is expected to be clocked by the industry by 2023.

The UEFA Champions League (UCL) is an annual football event where top-tier European football clubs play against each other in several competitive rounds, with the eventual winner being crowned in a match final. The UCL is regarded as the most prestigious football tournament, second only to the FIFA World Cup, it is therefore a competition that football fans hold very dear to their hearts. For a club, winning the UCL means a year’s bragging right for its fans, players and administrators.